DDA were commissioned by Vector Foiltec to undertake the structural engineering for three new ETFE & PVC roofs to cover a nine storey atrium for a new development in Leeds.

The atriums span between a nine storey concrete building on one side to a 30 storey tower on the other. Careful consideration was needed for the high loading onto the structure and to accommodate the differential movements between the two support buildings.

The two ETFE roofs consist of a series of curved CHS rafters. In the case of the ‘Primary Atrium’ roof, the rafters are trussed and braced longitudinally with a tensile rod system.

The central PVC conic utilised a perimeter prismatic truss that supports a flying mast via cables to push up the central cone. The prismatic truss is clad with mesh to allow natural ventilation of the atrium below. 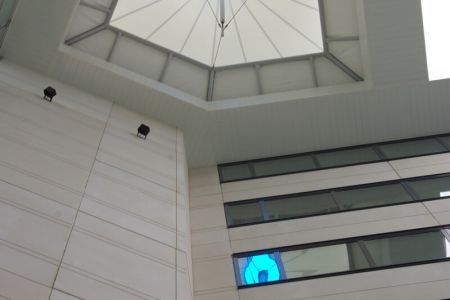 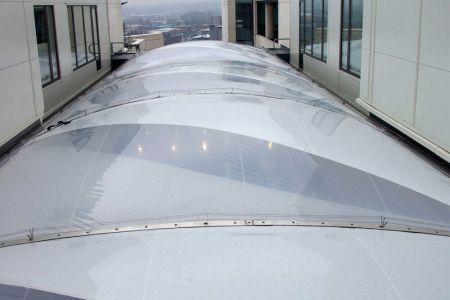 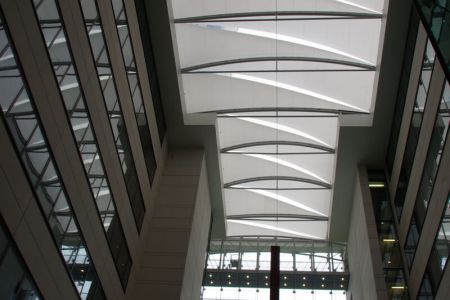