Southern Cross Station (formerly Spencer Street Station) is the key transport hub for both the Melbourne metropolitan and the Victorian regional and interstate rail network. The project upgrades the original station and provides a modern open-air transport interchange facility where platforms are accessed via a newly constructed elevated concourse. The main feature of the station is the spectacular wave-form roof enclosed on all sides by a glass façade.

The roof has become an architectural icon for Melbourne; it covers 37,000m2 and contributes significantly to the functioning of the station by providing a form that allows gases from diesel locomotives to be exhausted without the use of costly mechanical fans or extraction systems.

The roof structure essentially comprises a series of structural steel tubes forming a two-way net system on an irregular grid to suit the existing track layout. Spine trusses follow the platforms and are supported on Y-columns at approximately 40 metre centres.

The cladding elements of the roof comprise a series of triangular insulated ceiling panels, that provided a working platform during erection, and the aluminium standing seam metal roofing. The triangular ceiling panels follow the form of the diagonal structural bracing, that stiffens the roof, and allow air to flow into the ceiling void to naturally ventilate the station. The standing seam roof is patterned to follow the undulating form of the roof.

The concept allowed the station to function during the development works with most of the work planned to take place at night. 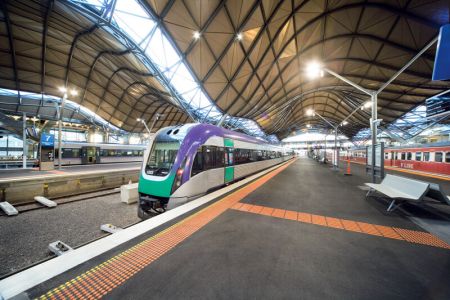 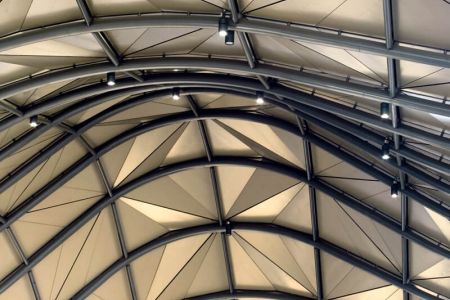 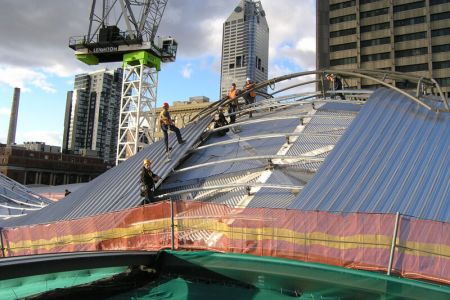 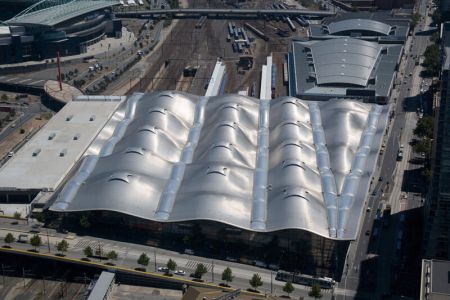 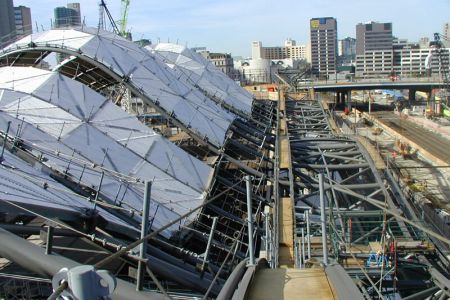 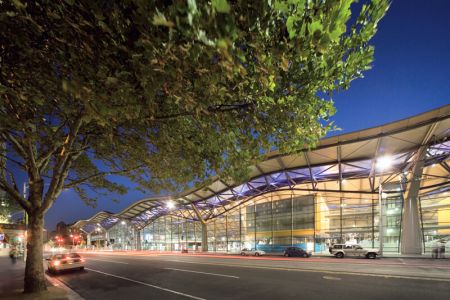 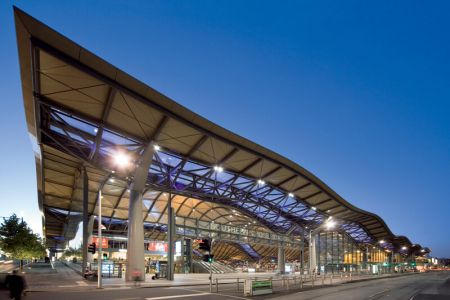