The U2 360 degree tour has broken many records. They have played to the largest ever stadium crowd (88,000 at Wembley Stadium), and have used the largest stage set to date. The show centres about ‘The Claw’; a massive table of steel weighing some 180 tons which supports PA units, a central lighting mast and a unique retractable 360 degree video screen. The table is clad with a tensile structure which is itself part of the performance – the conical forms incorporate lighting within their headrings and the membrane receives multi-coloured projections during the show.

We were employed by Atelier One for form-finding and analysis of the tensile structure. We worked closely with Stufish to evolve a membrane that achieved the necessary dramatic impact whilst satisfying a number of geometric constraints. The form also had to consider practicalities of transport and erection. Once the geometry had been agreed, a full analysis was undertaken considering wind loading from numerous directions. Secondary steel was included in the analysis and a loading document produced detailing forces imposed at each membrane connection point. This document was then used by Atelier One and StageCo to design the claws’ primary steelwork.

In addition to the live experience, footage of the show has been used in the international advertising campaign for the new Blackberry mobile device. 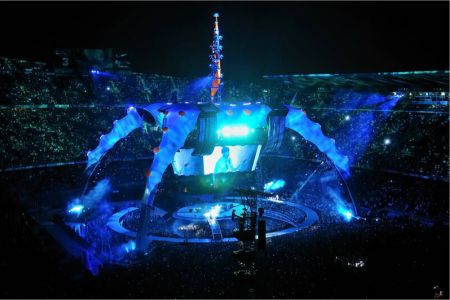 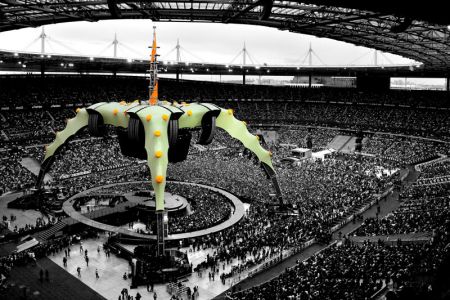 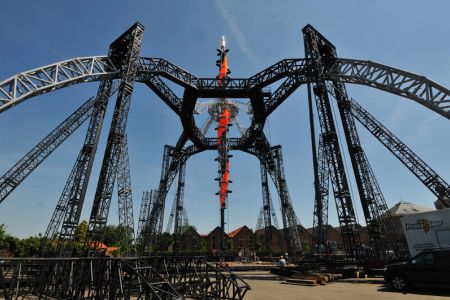 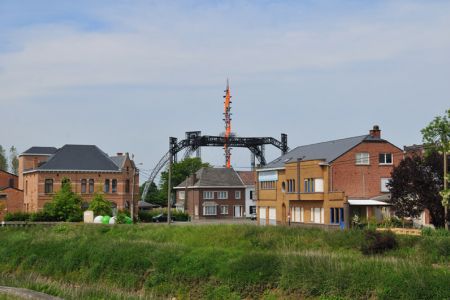 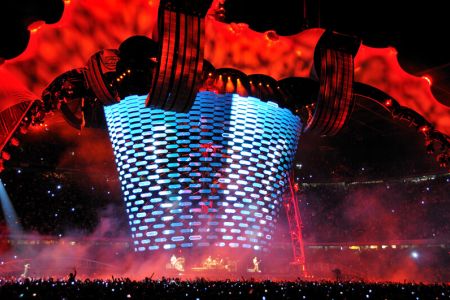 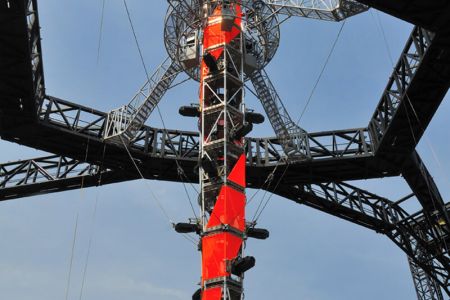