The new development provides a new home for the National Assembly for Wales and is situated on the waterfront of Cardiff Bay. The main feature of the assembly is the debating chamber which is situated within a funnel structure.

We designed the steelwork connections for both the main building and the glazing support structure around the perimeter. As the majority of these are contained within the cladding envelope the emphasis was on simplicity and buildability of the connections rather than their visual appearance. The main issue of the design was for the connections to be easily constructed on site thus making the erection procedure quicker and easier.

A second part of the project included non-linear analysis of part of the glazing structure where changes occurred to the blast loading requirements. 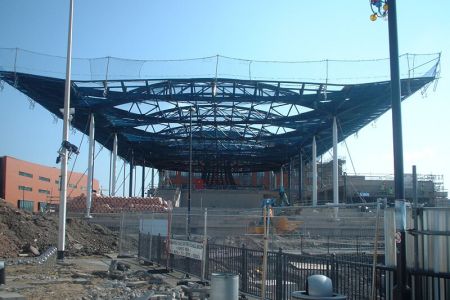 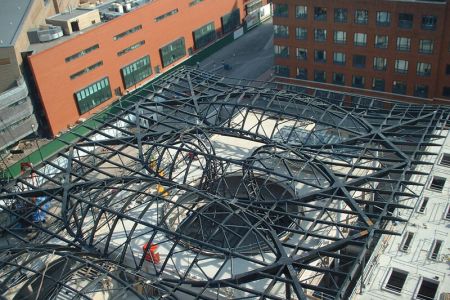 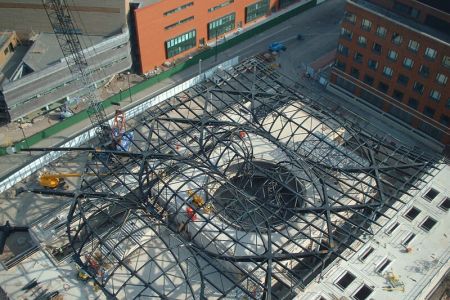 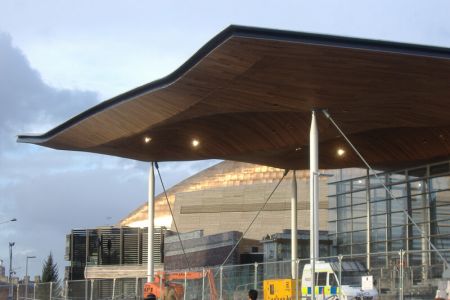 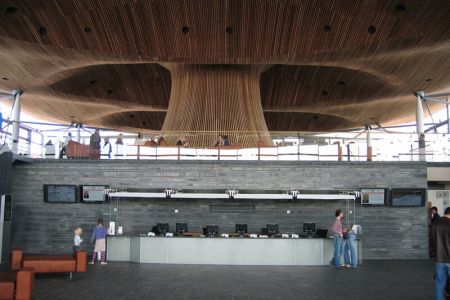